Flooding is the main hazard at the OAL-Germany which causes damage to the properties and human life there. To manage the damages associated with flood risk, NBS was implemented in 2016 by cutting woody vegetation and changing it into pastureland. The intervention by managed grazing was expected to reduce and control the hydraulic roughness. The aim of this NBS was to release the floodwater more quickly from the main river channel to the floodplain and to reduce the flood risk the furthest downstream. To evaluate the efficiency of the NBS, the 2D unsteady flow was simulated using the HEC-RAS model. The model was simulated for (1) pre-NBS implementation, considering the landcover of mixed forest with a Manning’s n value of 0.12 and (2) post-NBS implementation using pastureland, which is the current NBS/landcover in place with the Manning’s n value of 0.045. The results of the simulation showed that the pastureland released the floodwater from the main river system faster than the previous landcover which was a mixed forest. Overall, the floodwater velocity of pastureland increased by 21%, while flood depth showed a decrease of 2% compared with mixed forests. Therefore, if the modelled NBS had actually been in place in 2012, then it is reasonable to expect that they would have contributed to a reduction in flood risk further downstream from the modelled NBS areas, in the June 2013 flood event. This modelling experiment demonstrates the feasibility of evaluating the efficacy of managed grazing by combining remote sensing and distributed hydraulic modelling. This study is a preliminary analysis and in the next deliverable (D4.6), we will present the modelling experiment under the future climate change scenario. In addition, the numerical experiments will be repeated by using the quantitative characterization of vegetation using satellite images at high and very high spatial resolution.

You are not authorized to view this dataset. You may email the responsible party OAL_Germany/OPERANDUM to request access. 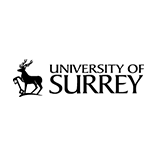